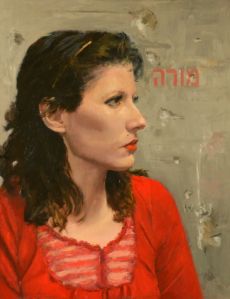 I was at a framing shop when I noticed a beautiful large, 8′ x 10′, maple frame.  I commented on it and the frame shop owner showed me the large painting for which it was intended.  The painting was solid black, purchased at an auction for $80,000.  The buyer felt he got a bargain.    I was astounded.  The shop owner told me the painting was by a well known artist – never heard of him.  I looked him up using Google.  He is mostly known for sculpture which is as minimal in design as his painting.  A slab of steel for equally weighty sums of money.

I thought the outlay of $80K for a solid black painting was stupid in the extreme.  But then I read in the Wall Street Journal of a solid red painting that sold for $34 Million.  What the hell is going on here?  My first thought is to question how  people that stupid can get their hands on large sums of money.  But then – maybe they are actually very smart.  They are investing, looking for a real idiot to purchase from them for even more money.   I suppose it is a pretty good business model.  There will never be a shortage of idiots.   I can’t help but wonder if somewhere down the line there may be a terminal idiot.  The last in the line before the rest of the world figures out you can pretty much paint your own solid color (or have the maid do it for you).

But what about collectors who buy these pieces for pleasure and not resale?  What is going on in their minds?   Do they see it as a masterpiece?  If you change the signature on the piece how much would they pay then?  I imagine an experiment whereby you take an actual Picasso painting and change the signature to Sever Tisthammer, a Minnesota grain farmer.  At the same time have a five year old draw something and have Picasso sign it.  I would love to be at that auction.

I’m just another of the billions of idiots without the funds to flaunt my lack of common sense.  I’m forced to promote my idiocy through everyday conversations with random passers by.  I must say I’m having considerable success.  At least locally, practically everyone calls me an idiot.

I still feel $34 Million for a signature on some red paint is a less than optimum use of money.  Maybe it is just the jealousy talking here.  I can’t get diddly squat for my signature unless it is on a check.

8 Responses to Masterpieces and Idiots